All Day Fit Recess – In support of Cystic Fibrosis Canada 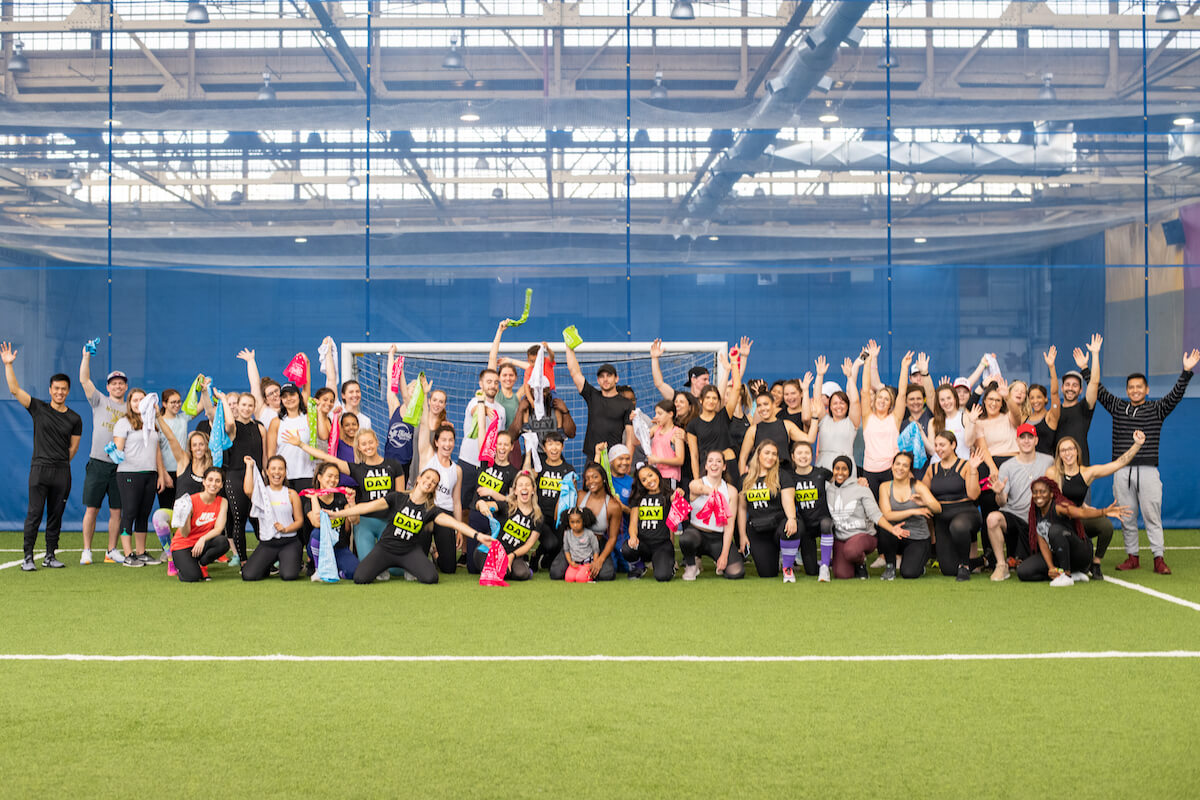 The first ever All Day Fit Recess in support of Cystic Fibrosis Canada was a HUGE success!!

Thanks to everyone that came out and donated towards All Day Fit Recess, we couldn’t have been happier with the turnout and money raised!

It was very interesting and educating to learn about Cystic Fibrosis from both Skylar and Matt. Bringing awareness to this disease will help with breaking any stigma and raising money towards finding a cure for CF.

Recess kicked off with a warm-up and sprints lead by Cassie and Jahmeek – they got us nice and limber for an epic game of Bandanna Pulling! For those of you not familiar with Bandanna Pulling, the concept is simple….you want to keep/protect your own bandanna while trying to steal everyone elses – the last person standing with their bandanna WINS! 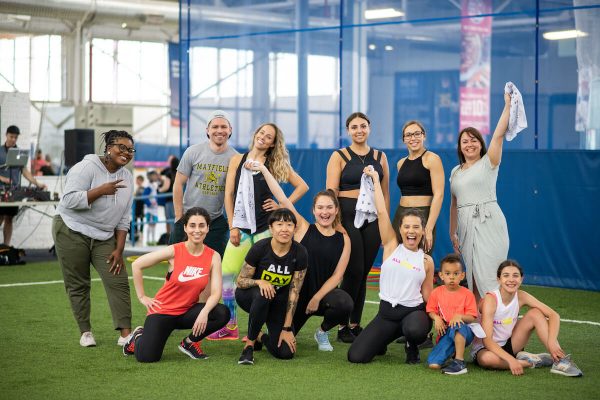 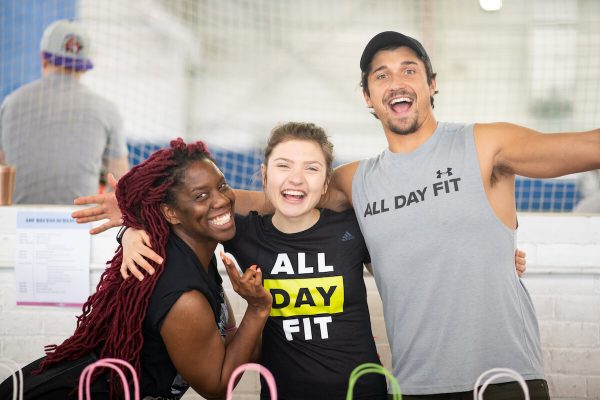 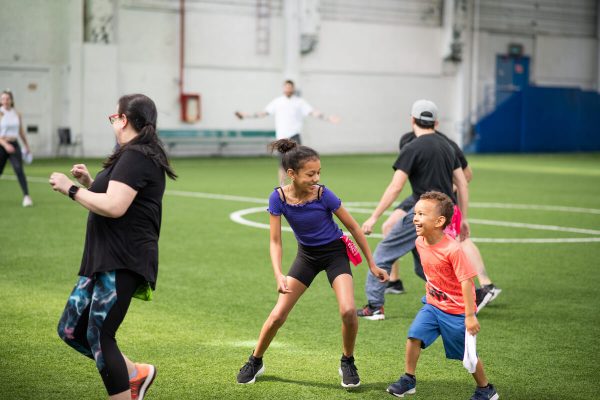 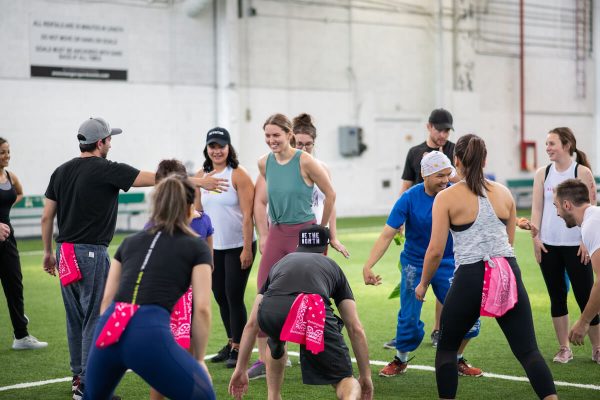 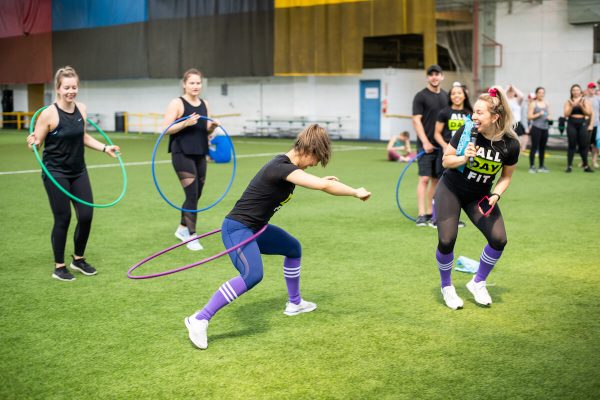 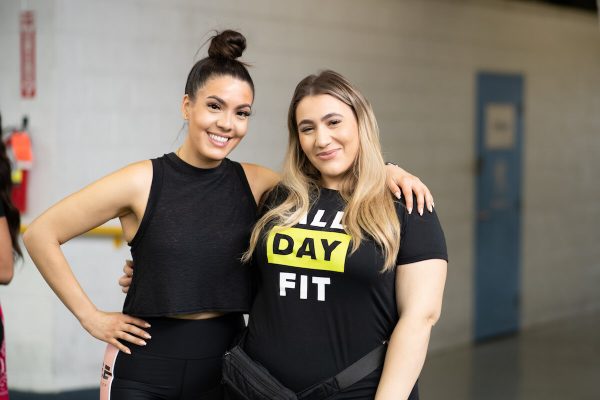 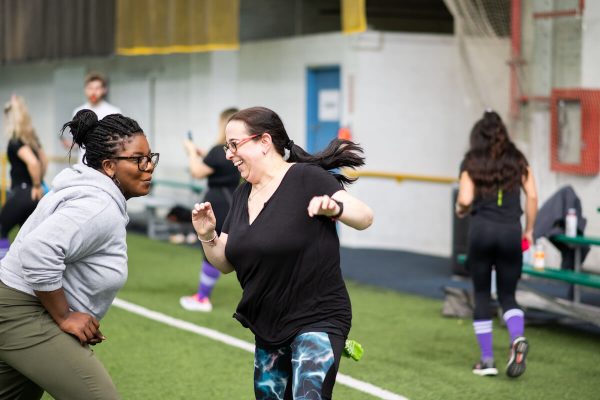 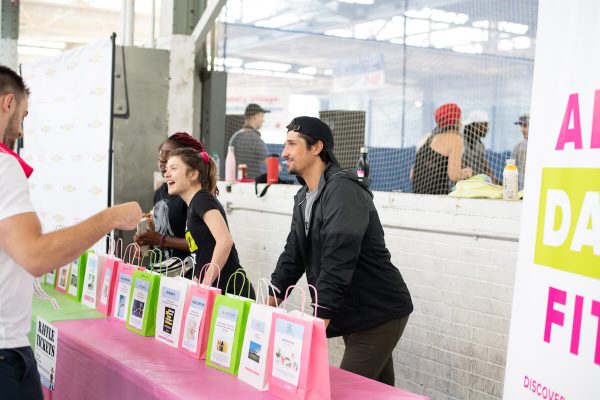 We played 6 rounds of Bandanna Pulling, there were some incredible steals, a few sneaky steals and some ridiculous dives/jumps to rip down bandannas – hilarious to watch and participate! The lucky winners of each round walked away with either Cineplex movie passes, Sutherland Chan massage passes or Giddy Yo-Yo chocolate bars 🙂

Recess games concluded with a hula hoop competition! Congrats to Amanda for coming out on top and keeping their hula hoop up the longest.

Thank you to Coco5, RXBAR, Station Cold Brew, Frankie’s Organics, Organic Garage, Tori’s Bakeshop, The Pop Stand and Kind Bars for keeping everyone fuelled and hydrated during Recess. It was definitely needed after many rounds of Bandanna Pulling!

The raffle prizes were top notch and created quite the buzz during Recess. Thanks to the following companies we were able to raise $885 in Raffle Ticket Sales alone! There were several lucky winners that went home with some kickass prizes.

See you next year! 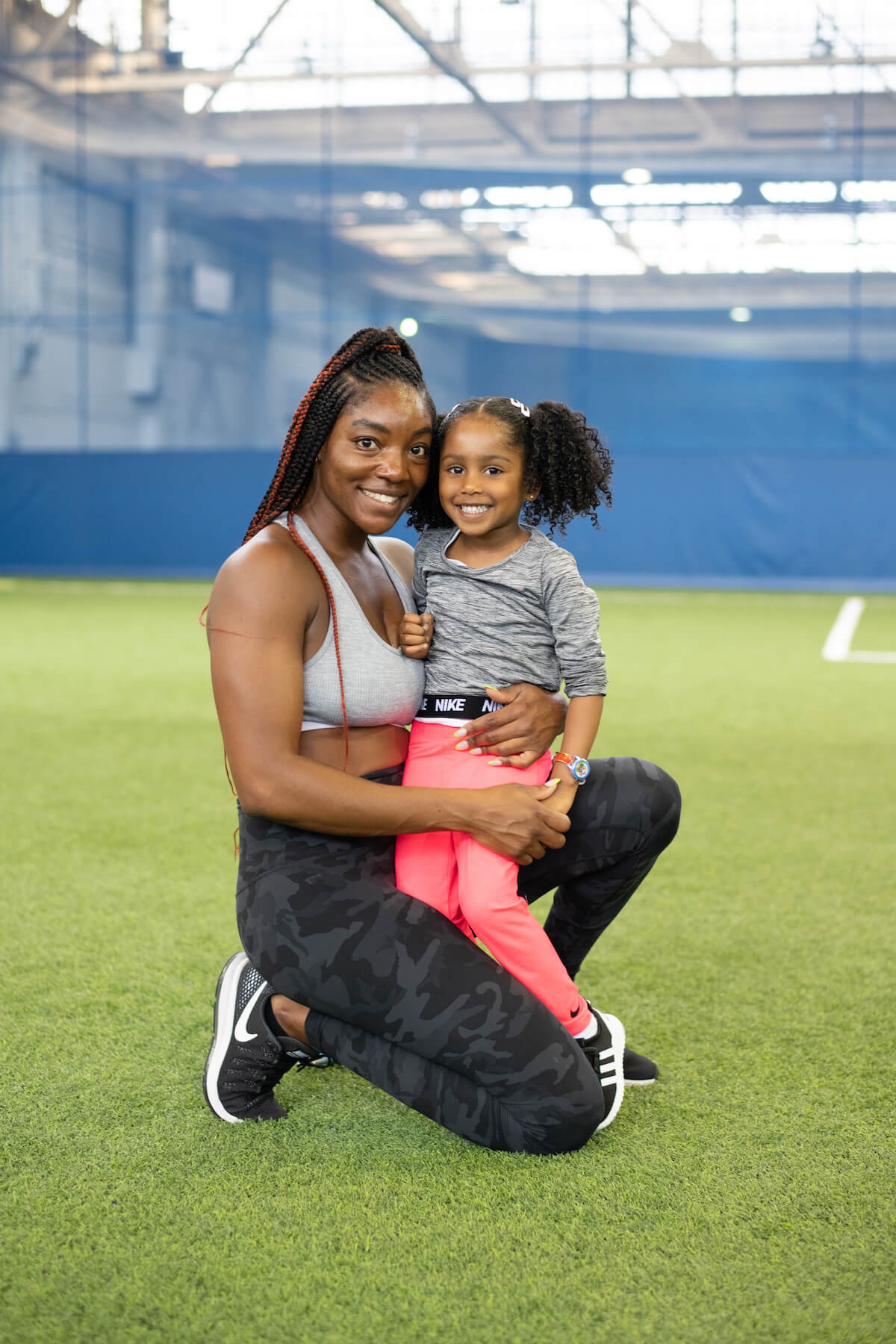 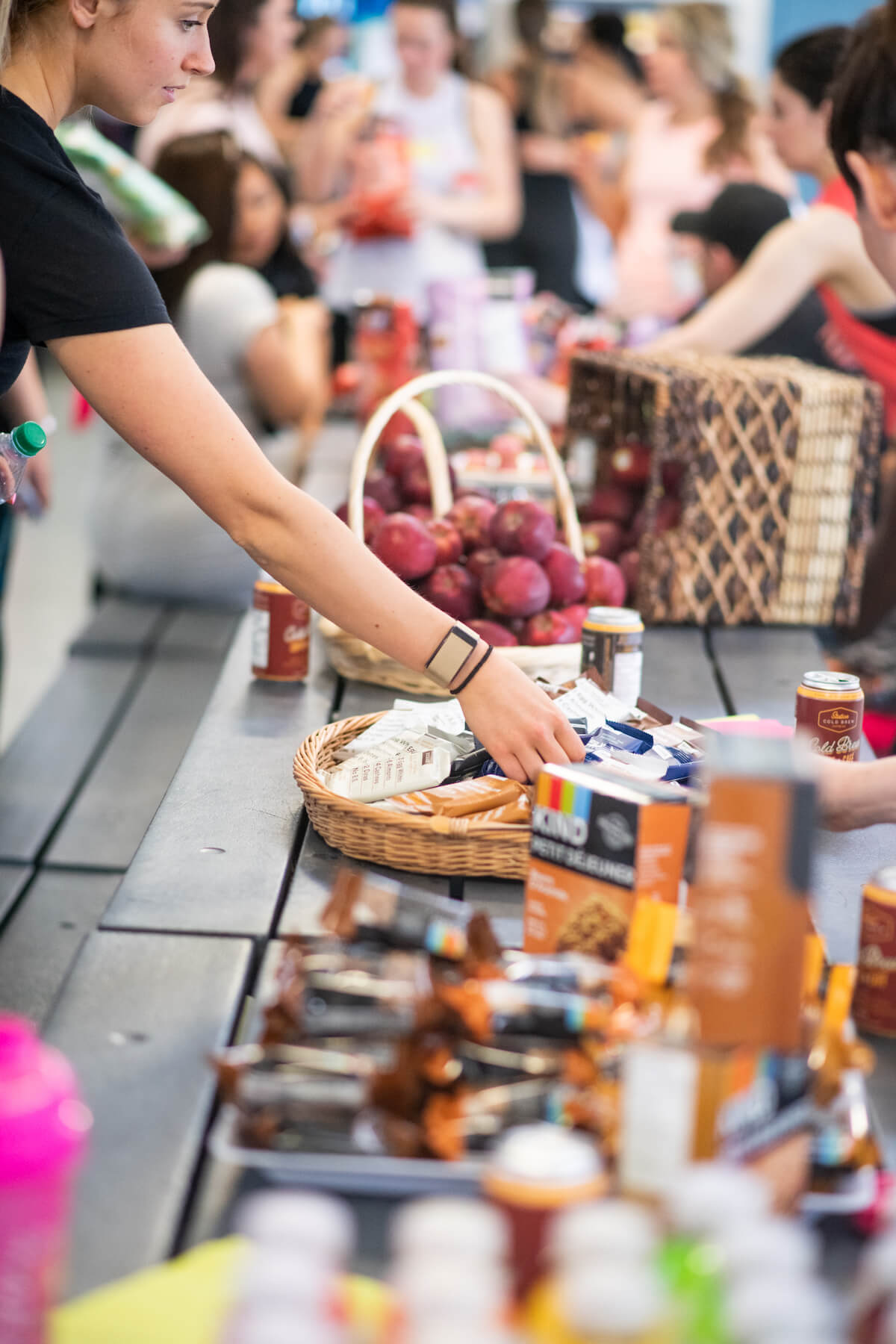 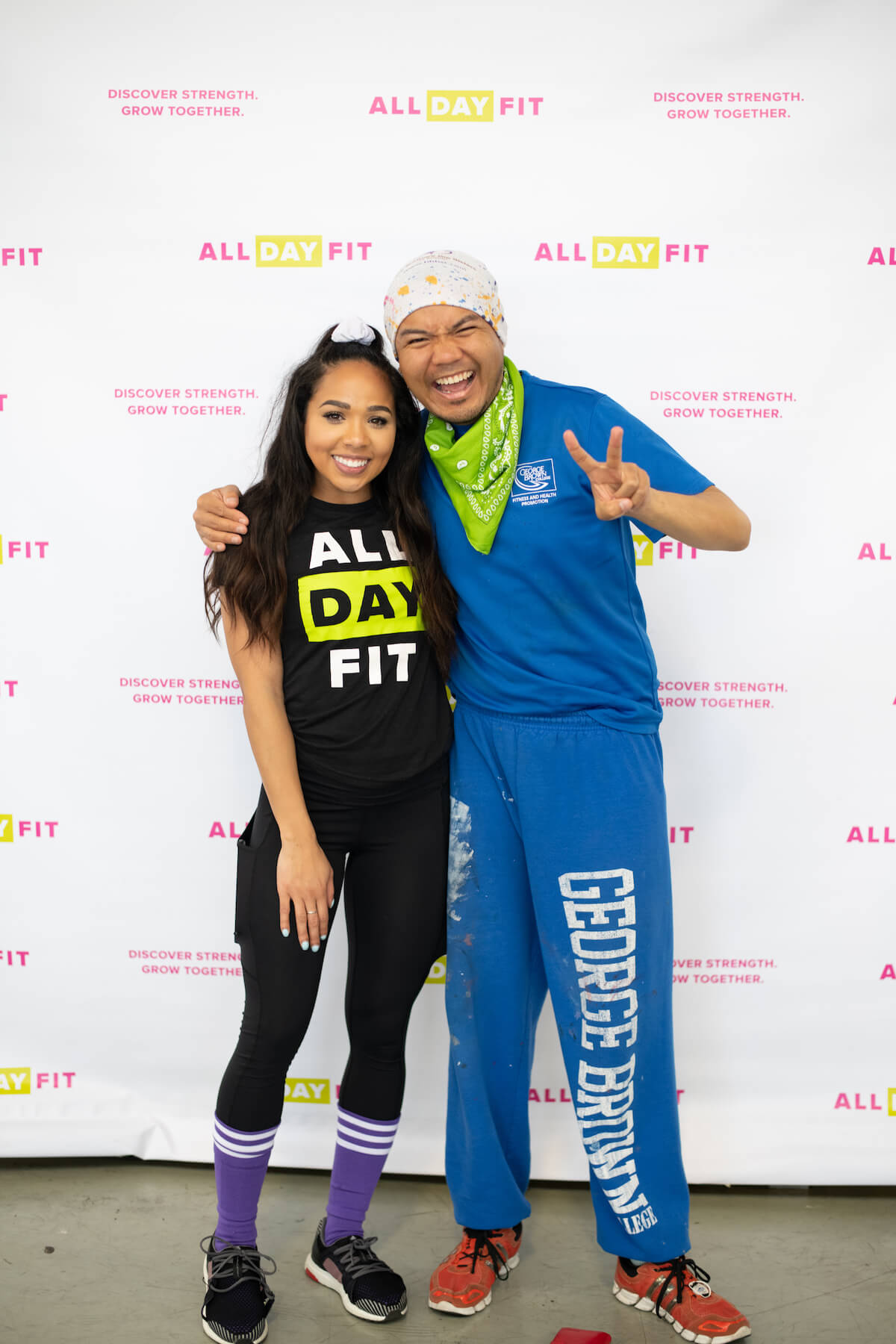 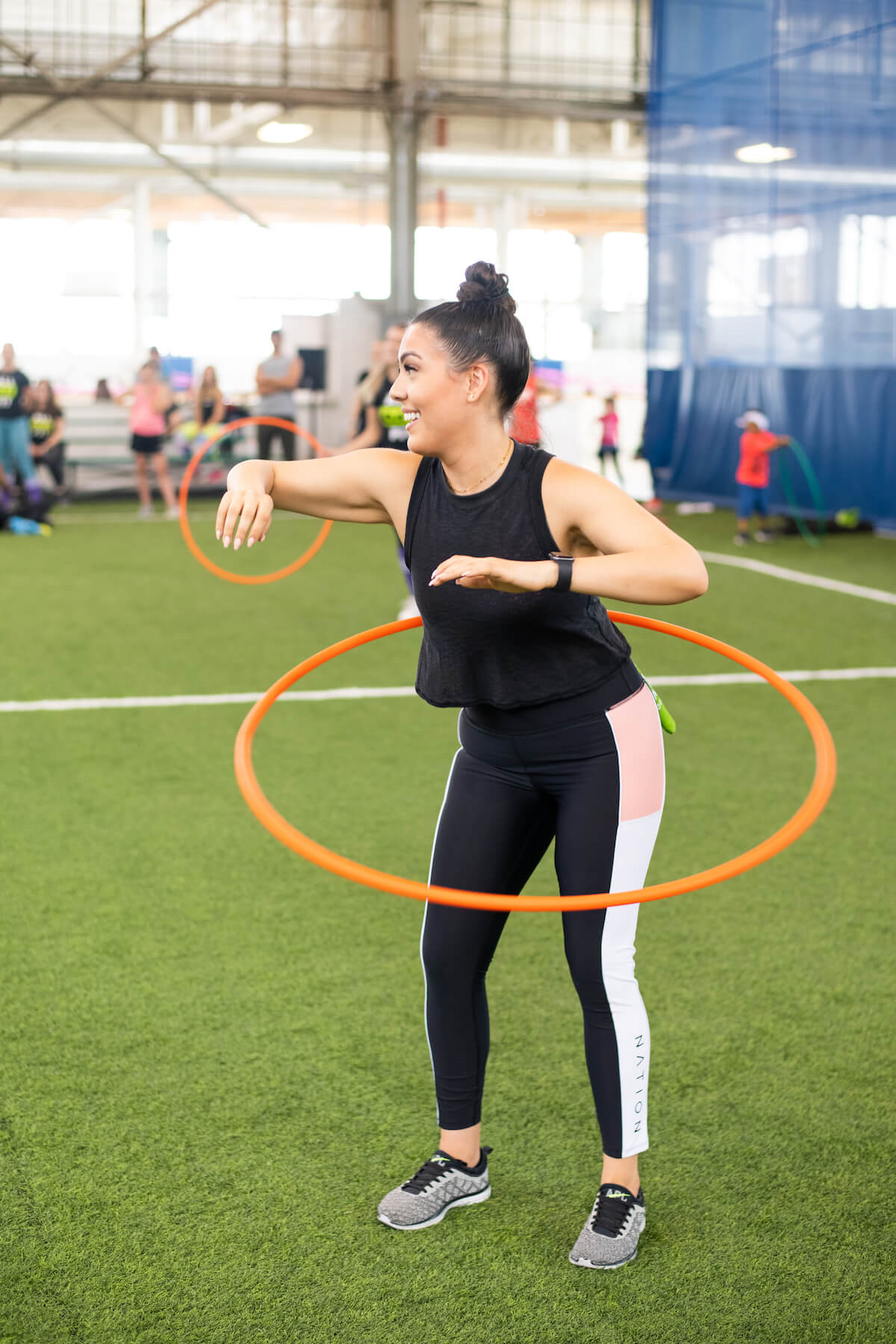 Check out all our event photos! 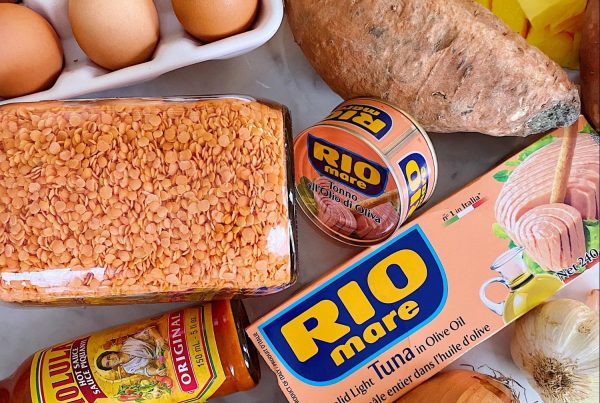 How to Stock Your Pantry with the Essentials 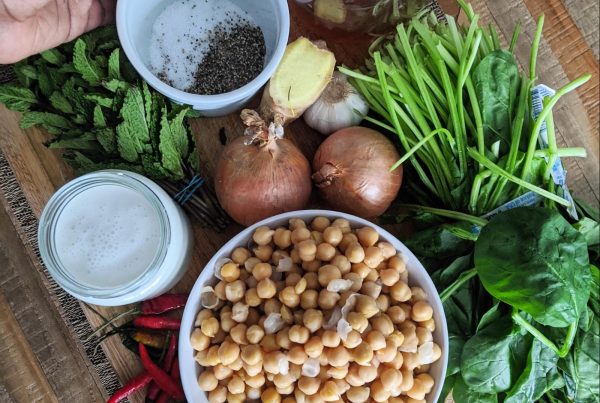 Ezi Odozor | Nutrition, Recipes | No Comments
While we’re all at home, doing our best to manage social distancing, why not try out some new recipes? It’s… 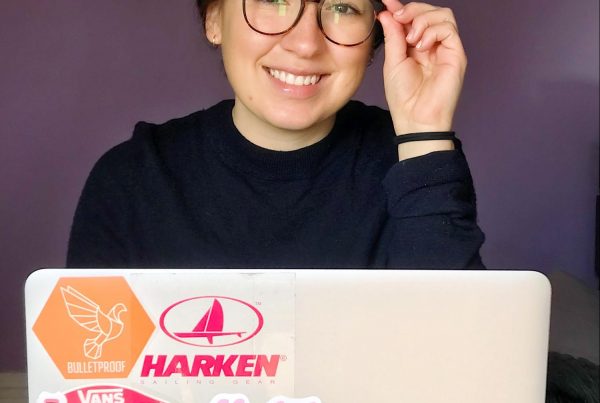 How to Properly Set Up Your At Home Desk

Sarah Truesdale | Lifestyle | No Comments
Do you know how many hours you sit in a day? Has this amount of time increased or decreased since… 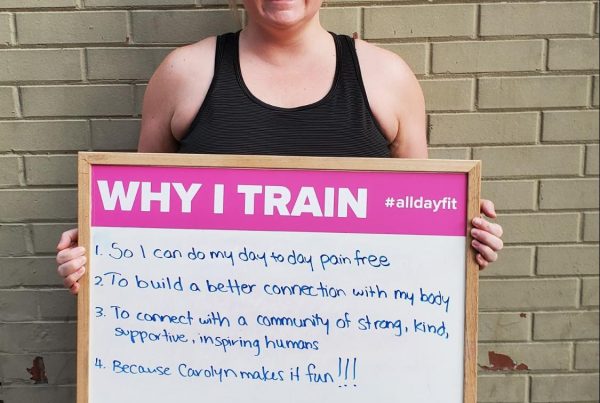 Sign up for our email list and stay up to date with All Day Fit news and events! 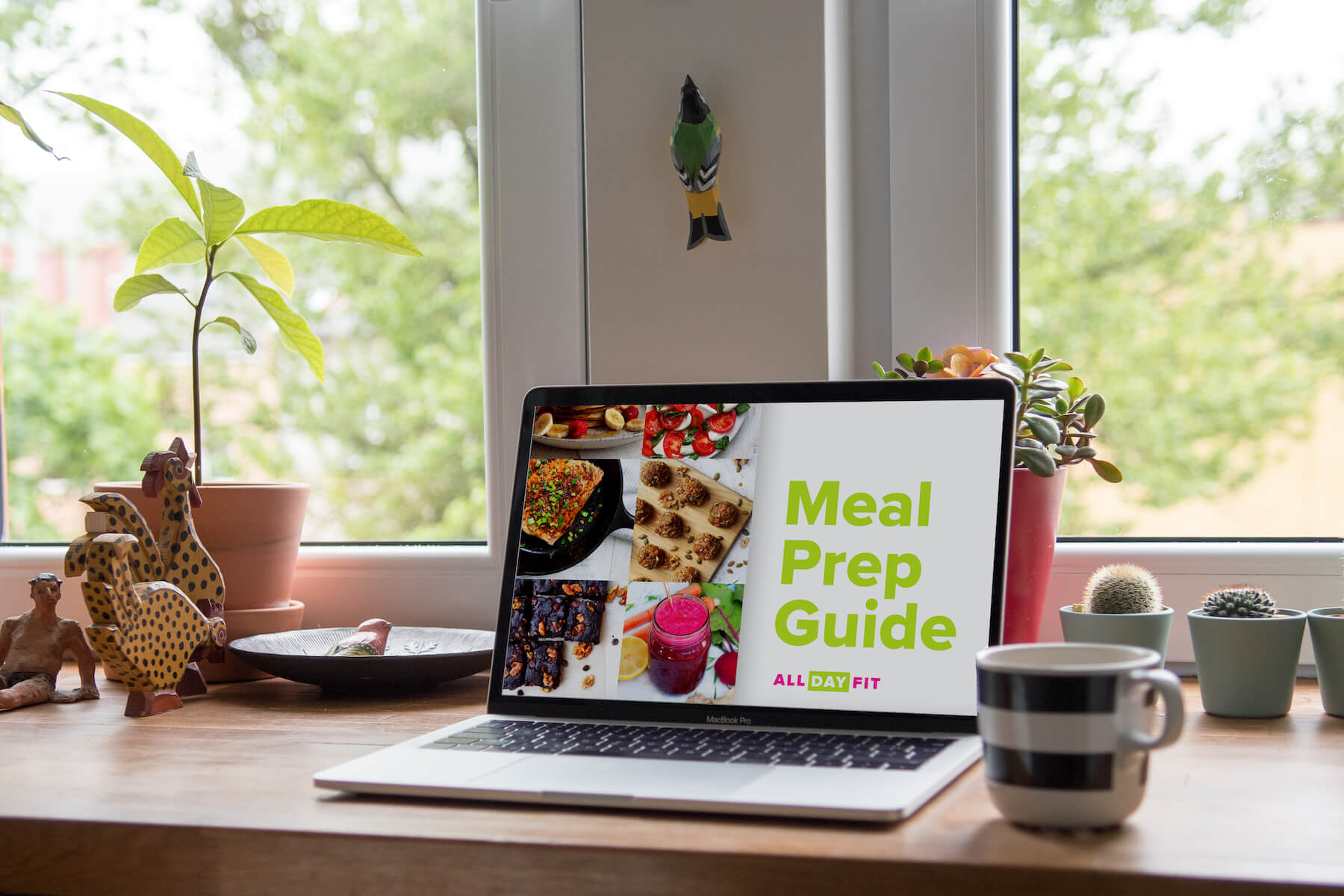 Meal planning can feel like a daunting and overwhelming task. We're not super-human-meal-prepping-chefs, we get that it takes work! So we are GIVING you our tips and tricks. Our Meal Prep Guide is your playbook on how to set your week of nutrition up for success, save you time and money.